The airline is the seventh to be awarded IATA’s Center of Excellence for Validators in Pharmaceutical Logistics (CEIV Pharma) certification. 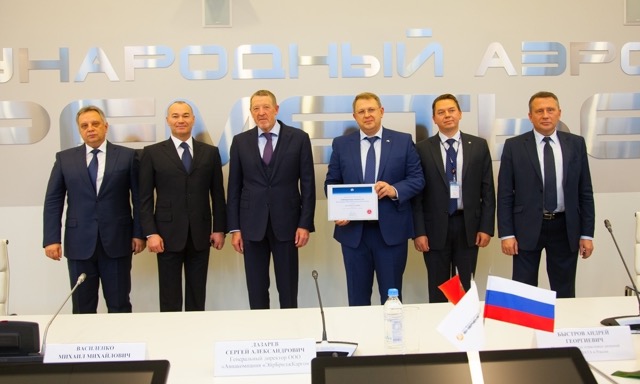 The recognition coincides with the construction of an US$85 million automated cargo terminal at Sheremetyevo that is expected to open in 2017. The 47,000 sq. mt. facility will have an initial capacity of 380,000 tons a year.

“The ambitious target pursued by AirBridgeCargo in creating a pharma hub along with obtaining the CEIV Pharma certification will be supported by the large-scale development program of Sheremetyevo International Airport,” said CEO Mikhail Vasilenko. “We are set on building the largest cargo hub in Europe,” he continued.

Sergey Lazarev, ABC general director commented: “We are proud that AirBridgeCargo was able to complete its preparation for CEIV certification within just four months and successfully passed the IATA audit. As part of this, we have also delivered specialist pharma training to 200 of our employees. This is one of the first steps on the way to ABC becoming a leading carrier of pharma goods for our customers around the world.”

The airline said it anticipates an increase in carrying pharma products to and from Russia as well as its Europe-Asia trade lane.

Robert van de Weg, senior vice president, Sales & Marketing at Volga-Dnepr Group added: “Giving customers this level of confidence in our pharma service will ensure we continue to increase our share of this very important part of the air cargo market.”