While the air cargo business constantly advertises itself as one of the most innovative industries and the one most prone to change, most of the occurrent change is of a less dramatic nature—unless, of course, we talk about cargo security, which is a horse of a different color.But right now a door has opened, and some “All-in-Rates“ devotees are pushing AIR into what they hope could be a step-change for the air cargo business. 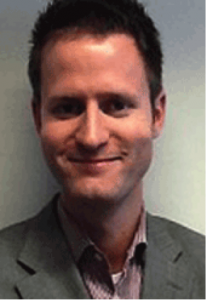 On February 1, Emirates Airlines (EK) introduced AIR across its routes to and from Europe; the rest of EK’s network will follow on March 1. Since EK is, according to the IATA WATS, the number one cargo carrier in FTKs carried, the move has been widely reported and discussion and interest continue.
Qatar Airways (QR) said that its cargo offering would take a “phased approach from April 1, 2015, onwards,” moving into AIR and abandoning security (MOC) and fuel (MYC) surcharges while keeping others, where applicable.
Just this week IAG Cargo said in a press release:
“At the start of the Summer season 2015 we will be removing our fuel surcharge (FSC) and exceptional handling charge (EHC) in favor of a simpler pricing structure based on one freight rate.”
Forwarders and shippers alike have welcomed the move to AIR. Mr. Joost van Doesburg, representing the European Shippers’ Council (ESC) said, “Shippers appreciate is being able to plan ahead and forecast what they are likely to pay for air transport.
“The all-in system will make that possible,” he added.
Mr. Doesburg also expressed his expectation that these changes would be largely cost-neutral while disapproving of fuel surcharges maintained in time of sharply reduced fuel costs, and complained that fuel surcharges lack “transparency.”
That, however, may bespeak Mr. Van Doesburg’s lack of understanding about the mechanics at work in the background of the industry.
The sharp decline in fuel prices in the 2nd half of 2014 was unexpected and unforeseen, so most airlines are locked in fuel hedging contracts that actually work to their disadvantage this time.
Why AIR, however, should add transparency to a price will probably remain Mr. Van Doesburg’s secret.
While FIATA welcomed EK and QR’s move to AIR, they also pointed out that “the simplification of rate structures will be of significant benefit to forwarders and shippers alike,” sentiments which were echoed by the British BIFA, the Canadian CIFFA, and the French CLECAT, among others.
While talk is cheap, appreciation for the move made by EK, QR and now IAG on the side of leading forwarders such as Panalpina, DB Schenker, Yusen, and Dachser may be what really counts in the long run.
If shippers and forwarders want AIR, there will not only be a shift towards the carriers who offer it, but also an opportunity for these carriers to charge a fixed all-in premium rate, since it makes a lot more sense to factor a reasonable yield into an all-in rate than to cross-subsidize poor yields with surcharges, something the forwarders continuously accused the carriers of practicing. 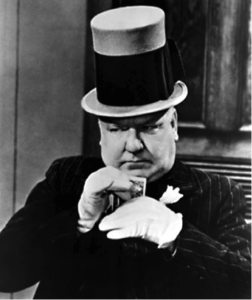 As Cuthbert J. Twille, W.C. Fields was ‘All–In,’ playing a card shark in the 1933 film My Little Chickadee.
Whether air cargo will brand a new ‘All-In–Rates initiative in 2015, or—as was the practice before the Iraq War—just go back to calling packaged charges “All Inclusive Rates” is still up in the AIR.

All-In-Rates used to be the norm, although the words were “all inclusive” until the early 1990s, when the first Iraq War and rising fuel prices prompted airlines to introduce “surcharges.”
War Risk Surcharges, Security Surcharges, and, most importantly, Fuel Surcharges were introduced and gradually raised to levels that sometimes amounted to more than the actual cargo rate.
While skyrocketing fuel prices and security costs after 911 left the airlines few alternatives, these measures met reluctance and disapproval on both the forwarder and shipper side of the transportation equation:
To put it bluntly, shippers felt “surcharges were never really transparent” and seemed to “always move in one direction: upwards.”
On the forwarder side the beef was always, “the forwarder is responsible for paying the entire airfreight costs to the airline (freight net rates plus surcharges plus taxes) while the forwarder’s commission was restricted to the cargo rate as such and did not include the surcharges.”
Both forwarders and shippers upped their mistrust when it was revealed that a number of leading carriers had been involved in illegal surcharge fixing. 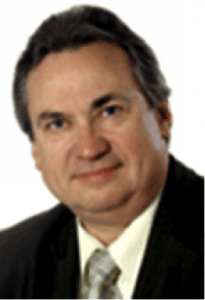 In Germany, Director Air Cargo for the German Forwarders’ Union DSLV (Deutscher Speditions – und Logistikverband) Reinhard Lankes was quick to express his hopes that “further airlines will follow these steps to all-in rates.”
Right now major Asian carriers such as Korean Air (KE), Cathay Pacific (CX), and China Eastern (MU), and majors in Europe decline to comment, but indicate that they ‘closely follow the developments and will continue to meet their customers’ requirements and expectations,’ and there are some others in this air cargo business of ours that have some definite observations looking into AIR. 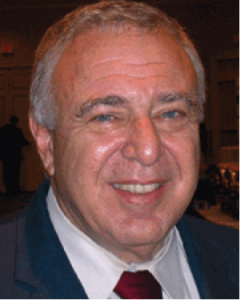 Bill Boesch, who has been in the in the transportation and logistics industry for 50 years had this to say:
“When I was at AA, we did research on the passenger side on rates and found out the public viewed airlines lower than used car dealers. “Since then, the airlines have done a lot to help improve this image by on-line rate engines, special ratings, airline travel points on tickets, credit cards, etc., etc.
“But in the end, the Revenue Management Systems (RMS) still control the situation. Air Cargo Airlines mostly do not have RMS.
“The traveling public as well as air cargo customers want the lowest possible rate they can get with reliable service and will shop around to find it.
“If airlines try to signal to other airlines, it is against the law in most countries and Europe and the U.S. has made that very clear.
“For years all of the airline industry has been trying to find ways to get the shipping and traveling public to look at costs versus reliability and quality.
“Passenger carriers have done their First Class, Executive Class, Business Class, Platinum Class, Goals Class, Special Legroom, and what have you.
“Cargo carriers have tried to brings cost, reliability, and quality into focus, but the only real success in this effort was gained by integrators like FedEx, UPS, etc.
“When I was at Pan Am the travel agents attacked us every time we tried to improve the passenger rates.
“When we put in automatic ticking machines at the airports the travel agents threatened to embargo us.
“The airlines stood their ground with the public interface IT solutions and in the end, dealing directly with the public worked and took control back from the travel agents.
“Travel agents now are niche players and they no longer get the best rates and commission and therefore cannot play the rate game.
“When I started in the cargo business, Specific Commodity Rates (SCR) were the rates used.
“The forwarders were the airlines’ agents to help the airlines reduce their costs through consolidations and were given better rates for doing that.
“Then the forwarders got IATA to approve commissions for consolidations.
“The forwarders started to control more and more revenue and became the customer. They demanded lower bulk rates, special contract rates, part charter rates, and what have you.
“The airlines tried to deal directly with the shippers but the forwarders threatened to embargo them, just like the travel agents did years before.
“But unlike the passenger industry, the cargo side mostly backed down (although there were some exceptions) and the forwarders today still control the majority of the air cargo revenue.
“Today, like everyone else, the forwarders are hurting, and ‘All-in Rates’ may be the best move the airlines can make to win back control.” 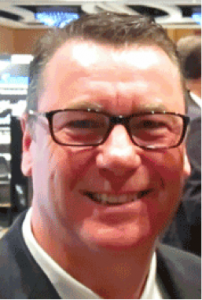 “At the end of the day, what matters is that we are responsive to our customers’ needs and provide them a market competitive structure.

“We are in a partnership with our customers and it is vital that we offer the products and services they need to support their customers.
“At Delta, we are fortunate to have an incredible sales team who has excellent relationships with our customers.
“We talk to our customers every day and listen to their feedback—this is our guiding light to growing our respective businesses.”